As a part of @creative.fellowship’s #operajobs series we met with Veronika Loulova. In May 2022 she was appointed Head of the Opera and Operetta of the Moravian Theatre Olomouc, which makes her currently the youngest head of an opera house in Europe.

Born in 1995 in Prague, Veronika started her career in arts as a child actress and later was educated as an opera director. In an online meeting with creative fellows Veronika talked about what opera directors do and what it takes to be a young professional managing the classical artform.

Can you please explain, what does an opera director do?

As the chief of an opera you are more of a political person and 80% of your job is managing and 20% is to create something.

As an opera director you have to write your script, like in film or theatre, but you are working with sheets of lyrics which were written 200 years ago. You also have to  know the context of the originals of the opera. And then you build a story out of the libretto.

After you create the story, you work with a scenographer, a costume designer and a dramaturgist. You are properly creating the scenes together with the costumes and visuals, also the dramaturgist is kind of your opponent or someone you are still arguing with about whether the ideas are good or not. He is babysitting you so you will not do anything that doesn’t make sense.

Then, you will go to the opera leadership and explain the ideas. They will tell you, that’s great, or it’s completely mad, or you don’t have money for this, or our singers can’t sing this.

After this meeting you have three months to rebuild it, correcting some errors, and then you can have another meeting, more technical, where you are giving all the visuals, for example, scenography with architectural solutions, numbers, prices etc.

The theatre will start to build what you have discussed. At this time you will have the first meeting with the singers, choir and you begin building the scenes like in a film, or in theatre. You are explaining the ideas. In the last month in the theatre you will take it all to the stage: scenography, costumes, work with singers and choir, and you will see if it works or not. And then you have one month to polish it properly, and to prepare everything for the premiere.

Tell us how you started in the business

Most of my childhood I was a child actor. At the age of 15 I stopped acting and wanted to become a director. I wanted to be a creator. I can offer more as a director than an actor because there are plenty of great actresses, but as a director you have to have more abilities. I think it was my father who told me there is such thing as opera directing. I thought OMG! It exists!

Is your father an artist too?

I come from an artistic family. My father is a composer and conductor but not a famous one. He is more like a teacher. He always supported me, and he has never been jealous of me. He never compared us. So, this is the first step to success. Because if your parents are jealous, you will obviously never succeed to make them happy. But I know a part of me was created by him.

Where did you learn opera directing ?

I studied at the Academy of Performance Art in Prague. That’s when it started. I spent two years preparing to do this. And then I was accepted as the youngest student in this department. I did my BA at the Music Academy and my MA at the Theater Academy. In the Music Academy there is an opera directing department and opera singing, but it is really focused on music. And when I got to theatre university, I had colleagues and tutors from theatre

Because, it’s queen of the arts (opera). It has everything. I really like music, I like visual arts, I like film, I like theatre, but opera is everything! The problem is it can be so great, but it can easily become so bad! There is really the smallest line between these two extremes, because all of the arts that opera contains have to be perfect, at a really high level. If one fails, the rest go down with it. So I like challenging myself in this form.

Are there any extra skills beyond the obvious that are beneficial in your profession?

English is now common in all of Europe. Everyone in opera can speak English. But also, me, as a director, I have to learn Italian, German and French and I haven’t done Russian yet, because it will be more simple for me to learn, so I am putting it aside for now. You don’t have to be a fluent speaker in French or German but you have to be able to read and to sing.

How do you approach the process of directing?

Every director has their own way. I play the opera over again, and redo the libretto and then I find some parts of the opera that are like real life and have an emotional impact on me. You feel something in it and then you have to think about why. Maybe it’s because something reflects your own life.

What makes your approach different?

I think opera is more theatre than music. It’s both but the main conditions are the same with theatre. More and more my team and I are bringing opera beyond the realm of the theatre house. This is one of our plans. We did it before in Prague and now we will try to do it in the Olomou Island. I want to create my point of view on art. I want to work more with people who have something that I don’t have.

And the other thing is I work in the new operas with the composers, with new teams and we debate what is to be the new opera, what is the theme for the new opera because sometimes the composer has written a new opera but it is about a medieval theme, but what is the point? So it’s really about discussions and how to bring in interesting artists, not only from the opera  discuss how to recreate this old form in a new way.

At what point of your career are you at now?

I am living in the moment right now! I am preparing for next season at the Moravian Theatre Olomouc and every piece looks really nice! The artistic teams working on the premiers are so good, I am so excited to see this. Also I now have an artistic baby because I am writing a new opera. I am creating this with great artists, not from the operatic world, and it is really, really interesting. My dream is to see it come alive on stage.

What challenges do you face as a young professional in this industry?

I think the biggest challenge is the team, the more conservative part of the team. For the instrumental players (musicians) or the choir, because it is so big, the whole opera form is so big, it is difficult to explain to 150 people that you don’t want to destroy Mozart’s Don Giovanni but want to discover something together. That is the most challenging part. And also critiques. But you don’t have to care about them.

If you have some success, there will be plenty of people who will fight you. But if you are talented, there will always be people who support you. With success brings many fights and many jealous people, especially when you are young. There is also the previous generation that is threatened by you, because they know that you will replace them and this is unavoidable, it happens to everyone. Also, lots of things are pure luck.

What are the benefits of being a young professional in this classical artform?

The most charming thing about being a young artist is that you are so passionate! And you will never be young again with this special enthusiasm. It’s like a Peter Pan complex. You are so special, you have the energy to write a poem, paint a painting, to create something. And with every year this changes. When you really have this life moment, butterflies in your stomach from an art piece, you know it’s your passion.

What would you advise the new generation of young talents?

My lifehack is my motto: Don’t ever doubt your abilities. You don’t have the luxury to do that. You can’t afford to doubt yourself.

Veronika Loulova, Head of the Opera and Operetta of the Moravian Theatre Olomouc

Graduate of the opera directing faculty at the academy of music and a student of the master’s program in management of alternative theatre at DAMU, Prague, Veronika recently entered the spotlight as director of Mozart’s “Magic Flute” staged at the former Stalin monument in Prague, Dvořák’s open air  “Rusalka” on Loafers, immersive opera “The Human Voice” in Venus in Švehlovka.

Her creative approach is to bring opera to non-opera audiences, to involve young creators in productions, to experiment, to cooperate with foreign houses, and also to appeal to contemporary composers to write new works. In 2022 Veronika Loulová applied for a tender and was chosen by  Moravian Theatre Olomouc as the new head of the opera and operetta department.

Commenting on her new role, Mrs. Loulova explained her concept: “I would like the conservative stage to become a progressive part of the central European scene. I think we are bringing a modern perspective to Olomouc“ . 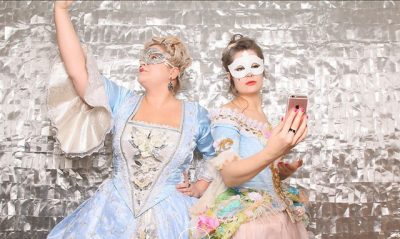 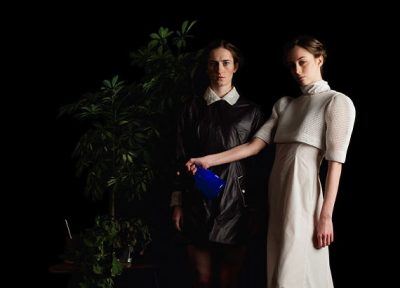 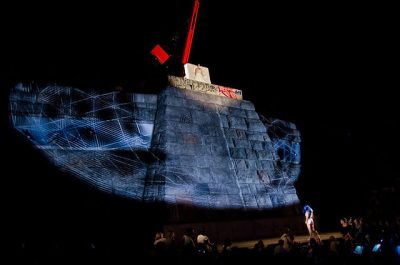 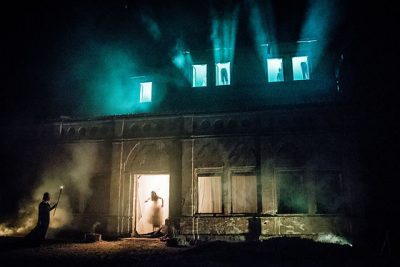 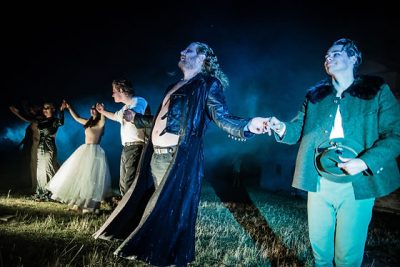 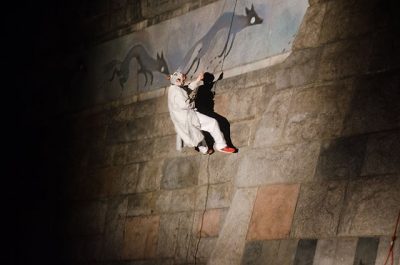